Sweetone is a simple, yet powerful EQ which combines both modern and vintage EQ characteristics.

A little bit of history…

Recently, we were mixing an audio production and found ourselves rushed for time. We longed for a really simple, yet powerful and effective equalizer; an EQ that could produce high-quality results easily, just by turning a pair of knobs.

I talked with many colleagues and discovered our shared need for such a tool. Although together we’d tried many products, we concluded that none met our requirements one hundred percent. Equalizers that produced good sonic results were too difficult and time-consuming in use. Products that emphasized ease of use, on the other hand, left us desiring higher quality results.

Shortly thereafter, I began research for the development of our ideal EQ: trying and analyzing various analog devices, some of which (most of which) were lent to me. Unable to find what I was looking for in a single piece of “gear,” I attempted to combine the best attributes of several units.

Once I’d found an ideal combination of characteristics from various devices, I spent a lot of time deeply analyzing them. Having worked many weeks to get consistent testing results, I began to create a prototype from scratch. Although strict emulation of various EQ characteristics may have been enough, I decided to make some changes that in my opinion marked significant improvements.

The first release of the plugin that would soon be named Sweetone was born. I excitedly put our new tool to the test under “real world” conditions. I mixed a number of projects in order to verify our prototype met my needs for a simple to use, yet powerful and effective EQ. The results were really encouraging. I soon found I could mix entire projects using just Sweetone alone.

Next, I sent the prototype to my colleagues for use in their own professional mixes. Over the course of eight weeks, I received both encouraging comments and valuable critical feedback from qualified professionals, which helped me to further improve our prototype’s sound and functionality.

During one such discussion, a colleague noted, “your plugin has a sweet tone.” “What a great name!” I thought. Initially, we called it “Sweet Tone.” But later, in the spirit of the plugin’s focus on simplicity, we shortened the name to one word: “Sweetone.”

Sweetone has two-tone modes: Loud and Tilux. Its Tilux tone mode is inspired by a single analog unit, which has been further fine-tuned with algorithmic modifications. Loud represents a synthesis of the best features of three select pieces of analog gear.

As its name implies, Loud mode functions as a loudness filter: boosting as well as cutting selected high and low frequencies.

Blow mode is useful in a variety of applications. For example, to emphasize sub-lows from a kick drum, activate HP Blow mode and turn the knob slowly (shift+drag) until you find the sweet spot (25hz to 50hz). Snare drum sounds can easily be “sweetened” (between 100 Hz and 200 Hz, for example) using Blow mode.

Low Pass operates as a high cut / low pass filter, carefully tuned to sound sweet and pleasant to the ear. The low pass has two modes: 6 dB/Oct and 12 dB/oct. 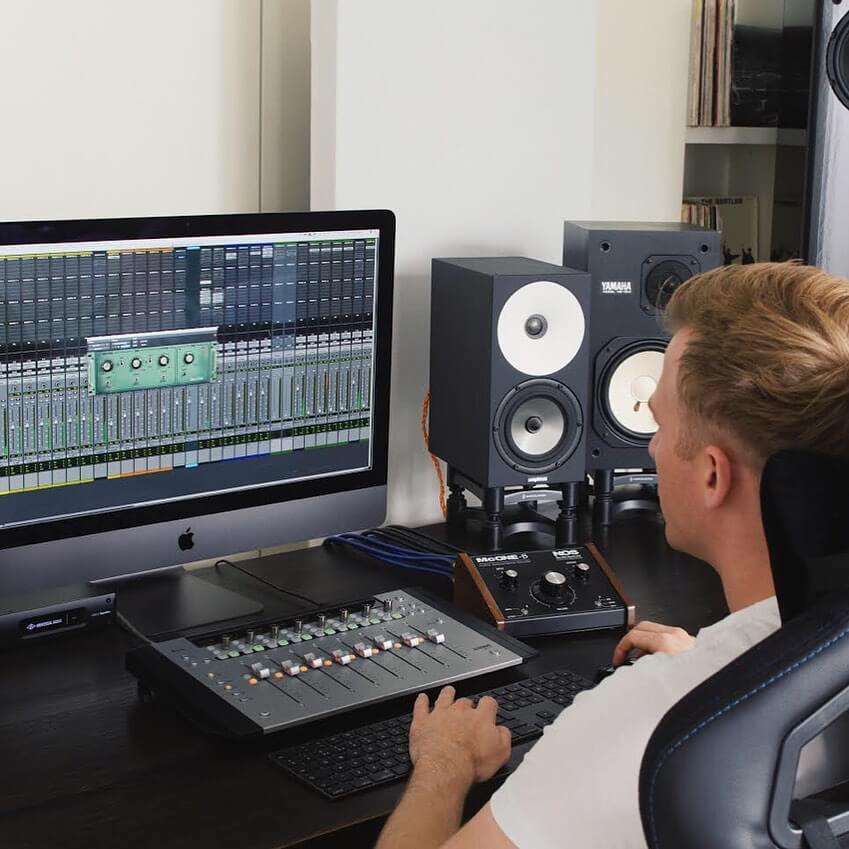 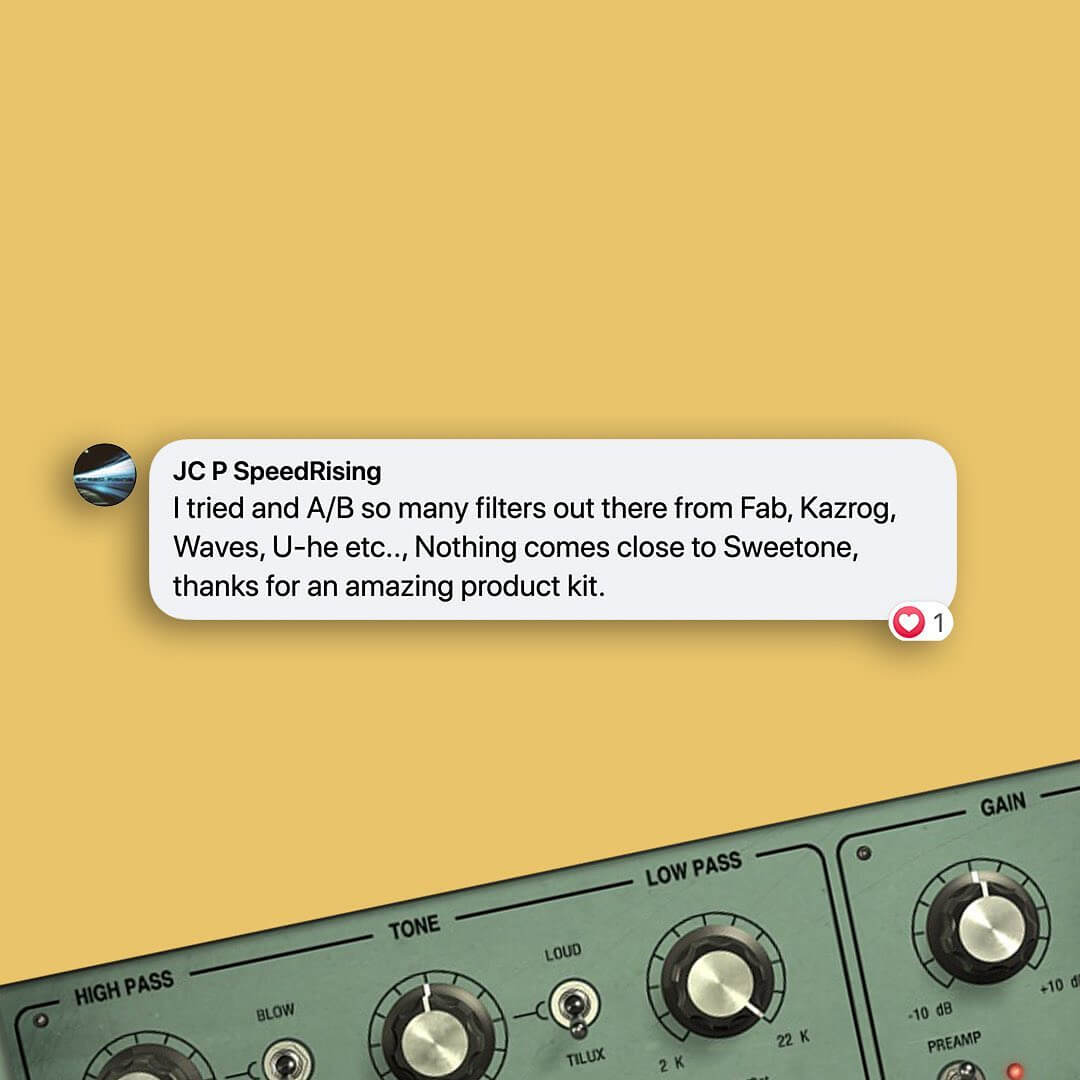 “In mixing, this kind of tool can be very useful for quickly altering and placing sounds in the mix. It feels less controlled than a standard parametric, but the ability to quickly get your sounds in the right ballpark cannot be underestimated.”

“As with all Sonimus products, Sweetone sounds excellent and is very simple to use. The boosts and cuts sound very natural and smooth and the filters are top-notch. The high end boosts on this unit, in particular, sounds great…”

Only logged in customers who have purchased this product may leave a review.