In this article, by Dennis J Wilkins, we will discuss audio latency. You may have heard or read comments stating that you must have very low latency with your DAW, seen tests and articles discussing which interface have the lowest latency, and even worried that your latency isn’t as good as it should be!

The Oxford English Dictionary defines latency as “The state of existing but not yet being developed or manifest.” OK, not too useful. But there is also a more modern technical definition there, “The delay before a transfer of data begins following an instruction for its transfer.” Basically, latency is a delay. In terms of digital audio processing, there are actually several components of latency, and the delay most important to the recording engineer is “round-trip latency”. This is the delay from initially sending audio into a computer’s audio interface input to the moment the same audio is available at the computer’s audio interface output.

You would like this to be zero if you are listening to your own voice or an instrument while you are playing. But it can never be zero. This is due to several factors. The basic issue is the sample buffer in your computer. This is required because a computer takes a finite amount of time to process data, including audio (which with digital audio is just data, ones and zeros). To allow time for processing while audio data is moving through a computer, a delay is specified using a data buffer. The size of this buffer is measured in samples, with 14 (Mac) and 16 (Windows) being the current lowest usable size. But not all computers and interfaces can utilize a buffer this small, and 32 to 64 samples is the lowest available for many interfaces. And you will sometimes see 128 to 256 samples suggested as a good compromise between latency and CPU load.

Why a compromise? Since a computer must use some time to process audio (or any data) you may find that a very low buffer size creates problems with audio. Audio must keep flowing at the sample rate being used, otherwise, you get drop-outs, crackles or pops. Low buffer sizes with a moderate to low power computer risks such as audio problems, and while higher buffers sizes may prevent these problems, they also create longer latency.

How Much Can a Computer Process?

Today’s high-end PCs (and Macs) can generally process a lot of data in the time it takes to empty a 32 sample buffer, which at 44,100 samples/sec is 0.73 msec (milliseconds) or 0.00073 seconds. In fact, a four-core Intel Haswell CPU running at 3.5 GHz can process about 85 million instructions in 0.73 msec! That sounds like a lot (it is, really!), but it takes many instructions for most processes and the computer is processing a lot of things in addition to your audio data. And if you are using high-end plug-ins for EQ, compression, and reverb, these may require a lot of processing power of their own.

But back to latency. Round-trip latency requires buffering both for input and output, so the buffer size delay must be multiplied by two. So at 32 samples, we’d ideally have about 1.5 msec of latency. But there are several other factors in round-trip latency. Analog audio from a mic or amp must go into your audio interface input and be converted to a digital data stream using an A-to-D converter (A/D), and such a converter adds more delay. And after zipping through your DAW, if you want to listen to the audio, your interface must convert a data stream back to analog using a D/A converter, which adds yet more delay. A/D and D/A conversion typically add about one millisecond each way. These delays are affected by the A/D and D/A hardware and the drivers used by the audio interface. Less efficient audio interfaces may add several more milliseconds to the process. So the 1.5 msec ideal value increases to about 3 to 6 msec for most interfaces in use today.

What Does a DAW Add?

But what of your DAW? The good news is that DAWs themselves don’t add any delay beyond the buffer latency. But many FX processors, especially linear phase EQ, compressor/limiters with look-ahead processing, and convolution reverbs, can add not just a few samples, but thousands. In fact, 2048 samples or even 4096 samples is not uncommon, and I’ve seen one plug-in that adds 8192 samples of delay!

At 44,100 samples/sec, 2048 samples adds a delay of over 46 msec, a value you can easily hear as a distinct ‘slap-back’ delay. The solution if you need to monitor audio while recording is not to use any high delay plug-ins – simple EQs, simple reverbs and basic compressors usually add no delay. And simple plug-ins also use low CPU resources, so you are likely, with a modern high end computer, to be able to use a 32 sample buffer when recording which will yield a real-world round-trip latency in the 3-6 millisecond range, which is the time it takes for sound to travel through air approximately 1 to 2 meters.

While discussing plug-in delay, we should mention PDC. PDC is Plug-In Delay Compensation and when using plug-ins with different delays, PDC automatically lines up all audio tracks, adding delay equal to the largest plug-in delay to any track needing adjustment. This does not help at all when monitoring a recording, but it is important when mixing or mastering audio. For monitoring during recording it is best not to use any plug-in that adds delay beyond your buffer latency

How Low Do You Need?

But, do you really need low latency for what you do in your studio? If you record audio, and need to send the singer or musicians a mix through headphones, then you do need to keep latency in check. Very few musicians will be upset with a 5 millisecond delay – they are rarely closer than a couple meters to a monitor speaker or guitar cabinet anyway. But a drummer might be concerned with even a 4 msec delay.

There are ways to reduce latency during recording to a fraction of a msec with many audio interfaces, by using internal routing of the input channel to the output (so-called zero latency mode, but actually a few hundred microseconds in most cases). Some interfaces even provide reverb, EQ and compression for this fold-back audio signal. I’ve used this method successfully at times, though musicians I’ve recorded have never noticed when I give them feedback through my DAW with a 4 msec delay.

Another way to minimize latency, if you record bands and musicians frequently, is to get one of the newest Thunderbolt interfaces that can provide under 2 msec true round-trip latency. This will cost you quite a bit since you also need a computer capable of using Thunderbolt, but if it’s your business to record bands, it should pay for itself quickly.

What Do You Need in Your Studio?

But what if you do not record live audio? There are many engineers who specialize in mixing or mastering, who receive recorded tracks from other engineers and never need to record themselves. For these engineers, latency is a don’t-care issue. Latency of even a few thousand samples will have only one effect – a slight delay after pressing play or stop before the action takes place. In fact, when mixing or mastering you’ll often want to use some high-end FX, and some of these, particularly those emulating tube and transformer units, or providing look-ahead capability, use considerable CPU resources and can add significant delay. For this type of work, you can safely push your buffer up to as many samples as needed. This will minimize the chance of any audio problems and your computer may run cooler and maybe even quieter if it has a variable speed fan.

Latency is a fact of digital audio life, but today even using affordable audio interfaces, it needn’t be a serious problem. And if you are mixing or mastering audio, it is pretty much a non-issue. 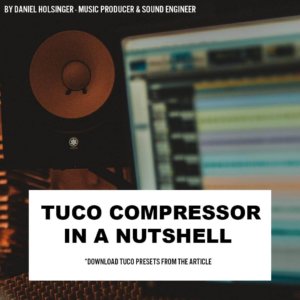 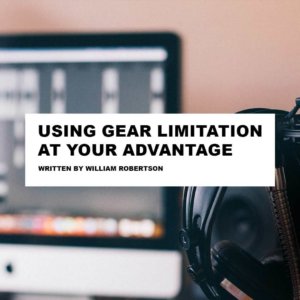 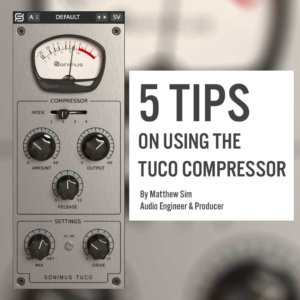 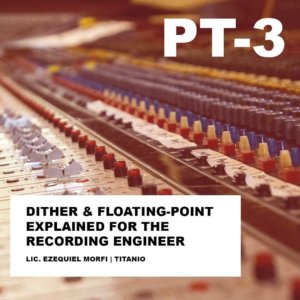