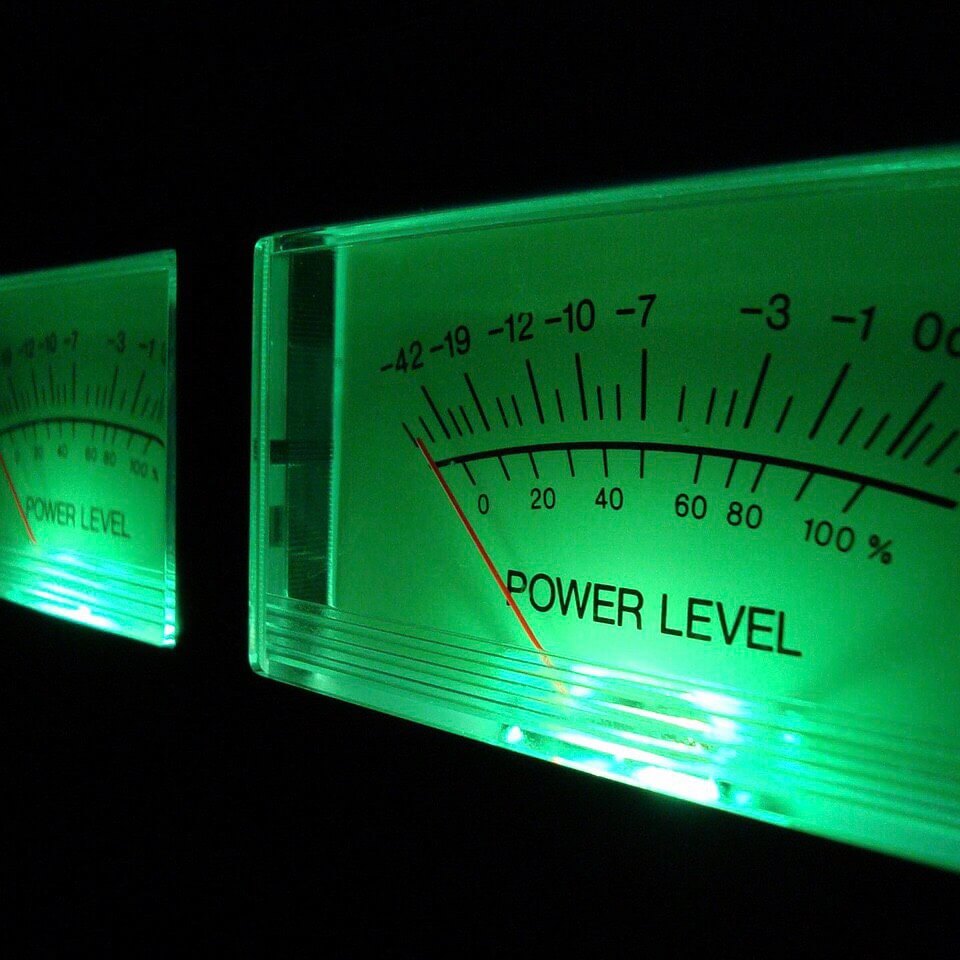 When we mix ITB (in the box), usually, we don’t have a volume reference starting point. We often tend to use the same process ITB, as if it were an analog console, but most DAWs only have peak meters and these are not useful when mixing. Once we understand the basic concepts around these different types of metering, we can obtain better results and optimal headroom.

Peak, RMS, and VU meters were all designed with different purposes in mind; let’s examine the differences and discuss when to use each of them.

Peak value is the maximum wave amplitude measured in dB (decibels). PPM meters are usually fast and react to all transients in the audio signal. These meters are usually found in most DAWs, and becomes very useful (in conjunction with a VU Meter) for recording purposes, to avoid digital clipping.

RMS value is represented by the root mean square of the signal, so the values don’t react as fast as a peak meter; it represents an average of the total volume. RMS meters are used for statistical measurements of the overall volume and are very useful for mastering purposes.

A Volume Unit Meter is a metering unit to measure a signal level volume. It has a slow response and ignores the signal peaks (300 milliseconds of integration time). It works in a similar way to the human ear. Due to its similar behavior, VU meters are useful when in the mixing phase of a project.

Calibrating a VU meter plugin in the digital world is easy, get a dBfs reference to match with 0VU (0VU means when the VU needle is on zero).
Ex: If you choose -18 dBfs = 0VU, you will get an 18 dB of headroom approximately.

In the mixing world, headroom is the difference between the average signal level and the maximum peak value. For example, if you mix with a VU meter calibrated at 0VU = -18 dBfs, and your maximum peak is 0 dBfs, then you will get a headroom of 18 dB.

Is it important to record with a good level and headroom. It is a common mistake to record at the maximum possible input level, nowadays all audio interfaces support at least 24 bits, so it does not make sense to record with extremely “hot” levels. When recording at “0VU = -18 dbfs”, you are replicating the standard headroom used in the analog world. You will get more dynamics and your preamps and converters will work much better.
Another advantage is that the tracks will be almost ready to start mixing.

Use a trim control to level all your tracks to be near 0VU, you should not use the fader of your DAW for this purpose. As an example, you can use one of our console plugins for this purpose, which has a trim and VU Meter controls.
Sometimes, we like to get +2 or +3VU in some parts of the song, for example in the chorus, to do that, you can use automation. You can go beyond 0VU, in some parts or on some specific tracks, but your reference point should always be 0VU. Then, you can use your DAW faders to level your tracks in the Buss.

On buses, you should look for cohesion between the different tracks in the bus, so, use your ears when you use your DAW faders, but always pay attention and make sure to stay close to 0VU on the bus or master track.

When you are working with drums, or any other percussive instrument, a VU meter is not as useful as a peak meter, since the fast transients are usually not registered and represented as well on a VU meter. In this case, it is preferable to use a PPM, so you can use your DAW peak meter.

At any rate, you can still use a VU Meter to measure the drums with another instrument at the same time. A common tip is to check the bass drum & bass guitar in conjunction while watching the VU Meter.

Mixing with VU meters will make your mixing process easier, faster, less stressful, and you will subsequently obtain better results. We recommend using two of our products:

DITHER AND FLOATING-POINT explained FOR THE RECORDING ENGINEER (Pt-1)

By: LIC. EZEQUIEL MORFI | TITANIO General CONCEPTS Much has been said about DITHERING and the purposes of its implementation.

5 common misconceptions that engineers & producers have

BY MATT SIM There’s plenty of information out there online for producers and engineers about audio mixing. But the majority 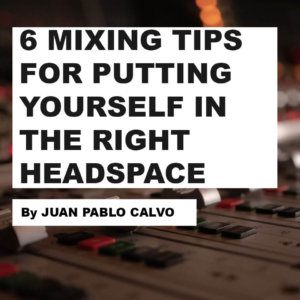 6 Mixing Tips for Putting yourself in the right headspace

by Juan Pablo Calvo Mixing is an art form, and as in all art forms, it requires a specific space.